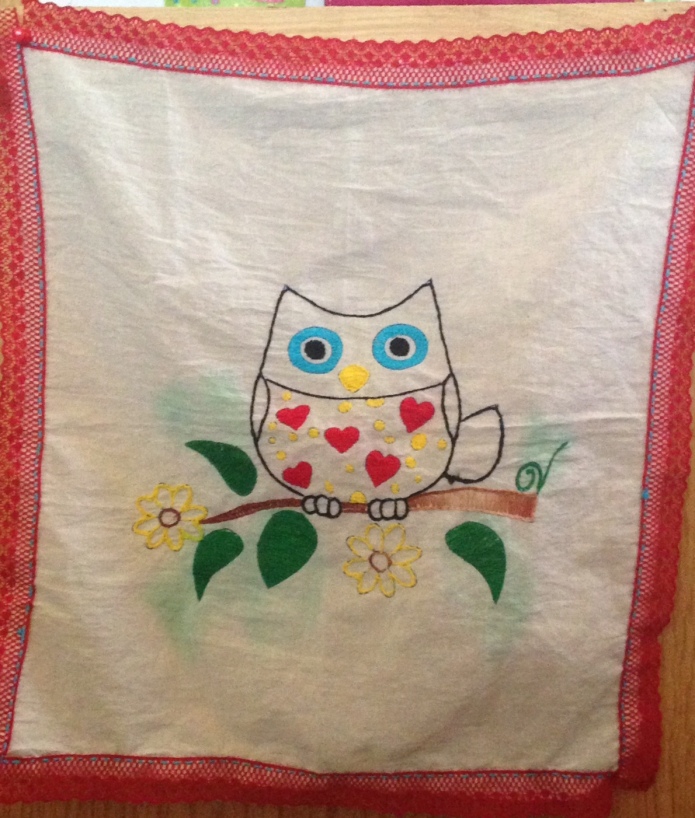 The older I get, the more meaningless my numbers become. There are fewer markers than in youth, when 5 = school, 13 = hormones, 16 = driving, and 18 = adulthood and voting for the civic-minded, and 21 = drinking. To somehow get a handle on how quickly time is passing and how slowly I am changing I calculate the distance since key events or non-events. I graduated from high school almost half my lifetime ago. I’ve known my best friend for 23 years. I met my partner in crime when I was 30. My mother gave birth to me when she was 30. Despite my age, I’ve never owned a house or car and don’t see either happening soon. I’ve never been pregnant. I’m older than many, if not most, my students’ parents. I don’t feel 35, whatever those numbers should feel like. The 3 has two little cubbies I could crawl into; the 5 has one. Neither is as pointy as the 4.

Still, if I think about my age, I piddle a little, that is to say my heart thumps, my throat squeezes tight, and then I shut down the emotional circuits, disconnect, and find a book to escape into. Despite the message of youth-obsessed culture, I know 35 is not old, and older age doesn’t have to be the sad, hopeless, decrepit, inflexible, ugly, and undesirable portrait culture paints. I haven’t reached the half-way mark of my 82 year expectancy, according to WHO. My wise mind understands that age is worthless and bears only the value I ascribe. But let me indulge and say I’m not where I’d hoped I’d be. Or, letting go of expectations, impossible predictions when I’m a small part among billions, foresight, shoulds, I’ll adjust that to I’m not where I want to be, because I don’t know where that is, and I feel the door to there shrinking. [Not to get all Dr. Seuss, but Where is There? It’s not Here. Is it Near? Should I fear the Here and There not Here?). I feel too old to be this lost and insecure, more lost than I was at 18 and without the hope I had then, that hope of Youth, and Potential, and Bright Future, to be fighting some of the same demons as at 13, like acne, and disordered eating, and depression, and self-contempt and -doubt, and loneliness, and conflict avoidance. I don’t want to be on the proverbial deathbed ruing the time I wasted disliking myself. It’s nonsense, really, more not important stuff, that time spent in dark places. I’m old enough to have the important stuff sorted by now…aren’t I?

Growing up I wasn’t told that dreams change. In school, by family, I was asked what I wanted to be, as if there were only one thing I would ever become, similar to the myth that there’s only one soulmate. There might be many, or none. Stories usually end when the protagonist has reached The Dream or found The One. Maybe it’s our desire for certainty. I want certainty. There is none. People hop from job to job, live with parents indefinitely, see retirement as a fantasy, cling to worthless college degrees for a guarantee, cling to anything for a guarantee. In The Dream, I wanted to be a Writer, but the vastness of the field—the people, their skills, their voices—and my inability to foresee my place…. Bah, that’s just a fancy way of disguising that I got scared. I wrote a problem I couldn’t solve—how to bring the garden of a story to life (figuratively)—and then lost my confidence to write my way into and out of other problems. And then the stacks of half sheets—the white space of full sheets being too intimidating—filled with snippets of plays that went nowhere got too tall and I stopped waking at 4am to write and just…stopped chasing that dream. I doubted too many of my lines. I tried replacing it with others in theatre, but that drama eventually broke my heart. It took me into its gapping maw, chewed up the juicy bits and spat out the rest. I want(ed) to be married and just a little bit famous. Now I’m in search of another dream, another becoming. Or becomings.

This new becoming is so much more difficult than the first. The first time around I had teachers encouraging me, the relative comfort of school and peers, the cradle of parental support, the promise of potential. That meaningless potential, a bottomless cup to be filled. I’ve let, my fear has let, all those people down, not that they remember. I always felt like a phony. This second time ’round I’m dream-shy, leery of the chinks in the armor, the blade of confidence duller. I’m conscious of the need for money and medical care, that I somehow must prepare for the day I won’t be able to work. I shamefully consider the income-earning potential of my dreams. I plunge my soul for new dreams and find vagueness. I explore ideas and run aground. I skim my resume for skills and come up empty. I pick up a book and hide.

I’ve never wanted to go back to my younger self. The current demons are generally kinder than the old. But I do envy my students. I envy our teenage volunteers. Unless I can carry my current knowledge, I don’t want to be that young again, but I do want what that youth represents. The clean future slate. Untarnished hopes and dreams. So much time to mess up and succeed. Ignorance of failure’s weight and how much nonsense can hide the The Path.

If age isn’t important, why am I worrying? Because one day I’ll look too old to start over at the beginning of a field. Because I’ve lived this long and tomorrow could die with nothing of note in my obituary but regrets. I censor my self-ageism. I publicly cry that you’re never too old to change. I tell myself that I will make something work one day, if I keep trying (how American of me). My public face is hopeful. It is this hope that keeps me going, despite knowing that I might not ever make anything work. It took me here. The hope and the reality play tug-of-war with miles of intestine.

My heroes are Stargirl, Ramona Quimby, Yotsuba, and Black Widow of The Avengers movie. In my dreams, theresa is lithe and flits from person to person, place to place, the world a hopscotch board, making smiles. She wears sparkles. Roadblocks make her laugh. She never needs sleep. She’s probably a fairy.

P.S. The owl was sewn by one of my (male) students in Actividades Practicas, a.k.a. Home Ec. I liked it so much he gave it to me.